They nicknamed him "Silly Billy". A more flattering nickname was "The Sailor King". Sandwiched between such iconic monarchs as George IV, whose extravagant lifestyle defined the esthetics of the Regency Era, and his Queen Victoria, King William IV, former Duke of Clarence (1765-1837) easily gets lost. There is no label attached to his reign. One could call it either "post-Regency" or "pre-Victorian". That period is not covered in literature extensively. And yet, the time between 1830 and 1837 was a time of transition and transformation. The reforms put in place by William IV paved the road for Queen Victoria. He was the last king of the Hanoverian Dynasty and the oldest king to ascend the throne. It was a case of somewhat surprising late-in-life rise power. 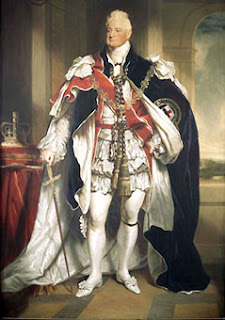 Early years in the navy
William IV spent his early years in the Royal Navy, stationed in North America and the Caribbean. Apart from having a personal tutor present on board, William did not enjoy any privileges that would set him apart from the rest of the sailors. He did his share of heavy physical work. During the American War of Independence, he was stationed in New York. Allegedly, George Washington had attempted to kidnap him, knowing that the young man had a habit of walking out unescorted. Fortunately for William, the plot did not come to fruition. Decades later, William endeavored to repair the Anglo-American relations. His subsequent commanding officer, Horatio Nelson, praised him, "In his professional line, he is superior to two-thirds, I am sure, of the Naval list; and in attention to orders, and respect to his superior officer, I hardly know his equal." In 1789 William’s father, George III, made him Duke of Clarence and St. Andrews. Following an arm injury a year later, William was removed from active naval service. The Admiralty did not honor his requests for reinstatement. It must have been agonizing for William to stand on the sidelines during the Napoleonic Wars.

Domestic life
Being the third son, William assuming that his chances of becoming a king were very slim, so he did not feel the pressure to get married and produce legitimate children. So he cohabited with an Irish-born actress whose stage name was Mrs. Dorothea Jordan (1761-1816) known for her long and gorgeous legs. She was a few years older than William and had a track record of love affairs with some pretty high-profile individuals that had resulted in three out-of-wedlock births, so she did not exactly fit the image of a seduced and discarded ingenue. Their affair lasted for twenty years and produced ten children, all of whom took the surname of FitzClarence - a homage to Dorothea's Irish roots combined with William's title as the Duke of Clarence. His favorite daughter Sophia went on to marry Philip Sidney, a relative of the famous poet Percy Shelly. The rest of his daughters went on to marry lords and politicians. William and Dorothea enjoyed a surprisingly normal domestic life, but they ended up separating over financial disputes. Dorothea was given custody of her female children and a stipend on the condition that she would not return on stage. When she violated the stipulation and resumed acting in order to pay off some debt, William seized custody of the girls and withdrew his allowance. Dorothea ended up moving to France and dying in poverty - a distressing end for what had started as an illicit fairy-tale. 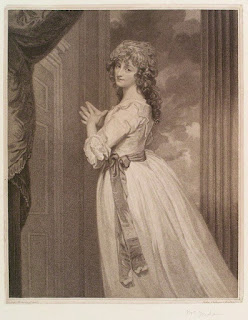 After parting with his long-time mistress, William embarked on a wife-hunt. After several years of looking for a suitable candidate, he married a 25-year old Adelaide of Saxe-Meiningen, who welcomed his illegitimate children but could not produce an heir - her own children all died in infancy. One positive thing that came out of William's marriage to Adelaide was that he became frugal and disciplined, which worked in his favor when he became monarch. 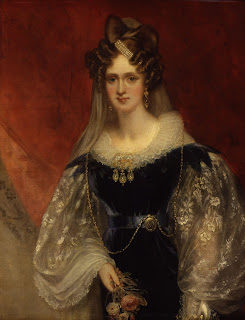 Taking the throne
Coronation was something that sneaked up on William. His older brother George IV died without leaving a legitimate heir, so William was next in line. His very coronation ceremony was marked by almost Spartan austerity. Unlike his pompous and flashy older brother, William was informal, modest and unassuming. People saw him as a definite improvement on his pretentious predecessor.

William’s relationship with his sons was strained by frequent quarrels over money and power. The boys seemed to be never satisfied with what their father bestowed on them. At the same time, his daughters proved to be real assets to the court.

Parliamentary reforms
The new monarch was keenly aware of the need to diversify the Parliament. He created 22 additional peer titles, thus reducing individual influence of each peer, and making the House of Lords easier to control. One of the first men to benefit from the policy was his own illegitimate son George FitzClarence, the 1st Earl of Munster. 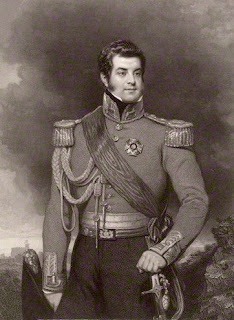 Still, it was only the beginning. More changes would be made to the Parliamentary system. In 1832, the First Reform Act was passed, extending votes and redistributing Parliamentary seats on a more equitable basis.

Political xenophobia
Despite being worldly and well-traveled, William was wary of outsiders, particularly the French. His philosophy was isolationism. He was not comfortable in his role as a politician, especially when it came to foreign policy. He was a naval officer through and through.

Human rights legacy
William’s view of slavery changed over the years. As a young man, he actually opposed the abolitionist movement, claiming that the living standard among freemen in the Highlands and Islands of Scotland was worse than that among slaves in the West Indies. His colleagues in the Parliament were shocked by his conservative, almost cynical views, “The proponents of the abolition are either fanatics or hypocrites.” His views changed eventually. The Abolition Act was passed, banning slavery in the British colonies.

As England was entering the Industrial Revolution phase, William IV made considerable efforts to raise the standard of living for the working class. In 1833, the Factory Act was passed prohibiting children aged less than nine from work in factories, and reducing the working hours of women and older children. The Poor Law Act created a system of workhouses for the poor. A few years later Charles Dickens published Oliver Twist, drawing public attention to the poor. Dickens is considered an iconic Victorian author, yet his early experiences  took place under the reign of William IV, from whose reforms he benefit. In addition to his endeavors to alleviate the plight of the less fortunate subjects of the crown, William also worked hard to repair the Anglo-American relations. His experience in New York during the American War of Independence gave him a poignant insight into the relations between England and a former colony.


Conclusion
A drastic contrast to his predecessors, William IV knew when to exercise caution and when to show tenacity and firmness of character. Born into the same unfathomable privilege as the rest of the Hanover men, he had weathered many self-destructive temptations that devoured his father and older siblings.  Hopefully, the last Hanover monarch will receive due attention from historical novelists.


Illustrations are all in the Public domain


Marina Julia Neary spent her early years in Eastern Europe and came to the US at the age of thirteen. Her literary career revolves around depicting military and social disasters, from the Charge of the Light Brigade, to the Irish Famine, to the Easter Rising in Dublin, to the nuclear explosion in Chernobyl some thirty miles away from her home town. 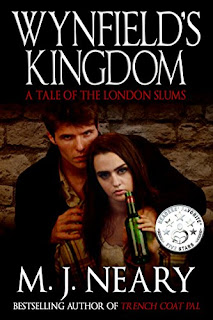 Her debut thriller Wynfield's Kingdom was featured on the cover of the First Edition Magazine in the UK and earned the praise of the Neo-Victorian Studies Journal. After writing a series of novels dealing with the Anglo-Irish conflict, her recent releases include Trench Coat Pal (Crossroad Press) and The Gate of Dawn (Penmore Press)

All this week, until Sunday at midnight, Marina is giving away an e-book copy of her novel The Gate of Dawn. For a chance to win, leave a comment HERE