Introducing that Amazing Man: William Pitt, the Younger ~ Part I

Ladies and gentlemen. I realise some of you will probably already have made his acquaintance, but I would like to introduce, or reintroduce, you to a historical phenomenon: William Pitt, the Younger.

He was, of course, Britain's youngest (and second longest-serving) prime minister, son of William Pitt the Elder, himself another prime minister. He was in office under George III from 1783-1801 and 1804-6. He was at the helm for much of the French Revolutionary and Napoleonic Wars, and died in office aged only 46.


William Hague's 2004 biography and the 2007 film Amazing Grace have somewhat restored Pitt to the sphere of public consciousness. But only ten years ago it was a different story. Revealing the subject of my study to acquaintances generally resulted in the question: "Pitt the Younger? Why?"

So please put aside all your preconceptions of spotty teenagers, Benedict Cumberbatch, 'the Pilot that Weather'd the Storm', possible founders of modern-day Conservatism, and stick-thin Gillray figures molesting the Old Lady of Threadneedle Street.* For today, for your edification and delight, I present: Reasons why William Pitt the Younger is amazing.

Obvious? Maybe, but enough stress can't be laid on this.  Historians tend to be quite blasé about the whole 'prime minister at 24' thing, as though its happening once made it completely normal. It wasn't any more normal then than it would be now. Pitt's enemies played on his age most ruthlessly: 'A sight to make surrounding nations stare, A kingdom trusted to a schoolboy's care'.[1]  Gillray depicted Pitt's political opponent, Charles James Fox, as a schoolmaster whipping a student Pitt: 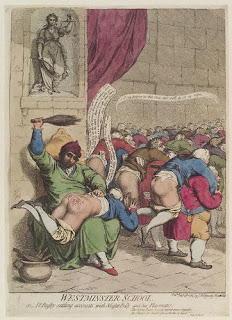 Of course Pitt was much more experienced than the average 24 year old politician. He had served eight months as Chancellor of the Exchequer under a previous prime minister, Lord Shelburne. Plus he had already refused the premiership before he turned twenty-four. Twice.

So how did Pitt manage to jump straight to the top spot?  Talent had something to do with it: from the moment he first opened his mouth in the House of Commons it was obvious to his listeners that he was something special. But it was more a matter of being in the right place at the right time. Pitt joined Parliament in January 1781, nine months before the Battle of Yorktown confirmed that Britain had lost the War of Independence with America. In March 1782 Lord North, prime minister since 1770, resigned and a prolonged period of political instability followed.

The process that led to Pitt coming to power was complex, but the reason he was chosen boils down to this: he had a famous name; he was a fresh face; and he was an excellent orator. Oh yes, and a whole bunch of people assumed he would be pliable. They were wrong.

Pitt came to office through a combination of luck and circumstance. He stayed there for seventeen years (not counting his second ministry) because he was good at his job. Historians quibble over how much he owed to the King's favour in maintaining his hold on power. Obviously that played a part, but it was a comparatively minor one. 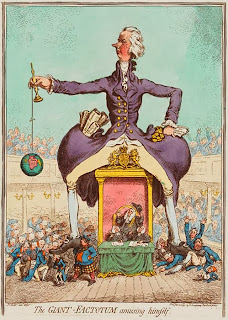 Pitt came to dominate so thoroughly that even his enemies felt the seismic effect of his death on the political scene. Upon hearing the news Pitt's lifelong rival, Fox, said that there was 'something missing in the world-- a chasm or blank that cannot be supplied'.[2]

Pitt was bright. He was fluent in Latin by the age of seven, fluent in ancient Greek by the age of twelve, and developed a lifelong interest in complex mathematics and scientific theory. He was quick to grasp the main points and flaws of an argument, something that came in helpful on the floor of the House of Commons.

Trained by his father, Pitt the Elder, in the art of public speaking, he could rattle off a two-hour Budget speech with only a handful of notes (when he used notes-- mostly he didn't). His speeches were, by all accounts, a tour de force: 'that matchless eloquence, which called forth unbounded applause from all who heard it'.[3]  He had an eye for detail that stood him well both in Parliament and in day-to-day business.


He had a complete grasp of the way 18th century politics worked. He was no stranger to its darker side, and was happy (a little too happy, sometimes) to reward political service with peerages and pensions. He knew exactly how much pressure could be placed on the various influences within the system, from the King all the way down to the humblest voter.

And he certainly knew all about image, propaganda and morale, which came in extremely useful during the long war with revolutionary France. The opposition press passed sarcastic comment on his ability to twist gloomy statistics to his advantage: 'Although the real situation of the Country may be truly alarming, yet the bulk of mankind shall not be able to perceive that so it is … This I look upon as a master-stroke of Policy, for next to being in a secure state, it is of the utmost moment, that a country should appear to be so'.[4]

Pitt was exceptionally skilled at playing the political game. On one occasion he managed to turn a vote of censure on his war policy round so completely he ended up leading the entire House of Commons in a standing rendition of 'Britons Strike Home'.[5] That takes guts, but it also takes talent.

Pitt's intelligence, thankfully, came with a generous dash of human frailty. Some of his character flaws are more pleasing than others, of course. One does not become prime minister at 24, and remain prime minister for so long, without believing in oneself, and Pitt was more self-confident than most.

Pitt the Elder was the one who said 'I know that I can save this country, and that no-one else can', but the phrase might just as well have been spoken by his son. Pitt's confidence in everything except military matters (in which he 'mistrust[ed] extremely any ideas of my own')[6] added to his ability to sway audiences through oratory, but it was more than ordinary single-mindedness.

To put it simply, Pitt sometimes liked to show off. While still a trainee lawyer at Lincoln's Inn he out-argued the historian Edward Gibbon at a party, and continued to hold forth long after Gibbon had stormed off in a huff.[7] In the 1780s he enjoyed putting down his own Secretary to the Treasury by displaying his superior knowledge of detail in committee.[8] Ignorant of his own abilities Pitt was not; yet he managed to show it in a most endearing way.

There was also his optimism. No doubt it carried him through many a dark patch in the 1790s when the war with France was going badly, but it was not always a useful trait in a war minister. Pitt's sheer inability to countenance failure blended with a tendency to see success in every scheme. 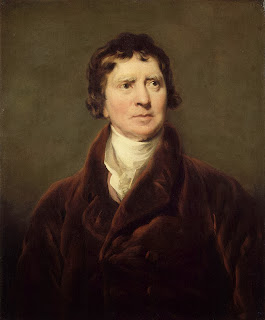 His Secretary of State for War, Henry Dundas, had to rein in Pitt's 'eagerness' and 'sanguineness of ... temper'.[9] Again, sweet; but to his colleagues often highly annoying.

Paradoxically for a man accustomed to speechifying on a daily basis, Pitt was also extremely shy. He overcame it with a public mask of stiffness and pride, a mask many men not intimate with him came to see as the reality. This is Sir Nathaniel Wraxall's famous description of Pitt's haughtiness:

'In his manners, Pitt, if not repulsive, was cold, stiff, and without suavity or amenity. He seemed never to invite approach, or to encourage acquaintance; though, when addressed, he could be polite, communicative, and occasionally gracious. Smiles were not natural to him ... From the instant that Pitt entered the doorway of the House of Commons, he advanced up the floor with a quick and firm step, his head erect and thrown back, looking neither to the right nor to the left; nor favouring with a nod or a glance, any of the individuals seated on either side, among whom many who possessed five thousand a year, would have been gratified even by so slight a mark of attention. ... Pitt seemed made to command, even more than to persuade or to convince, the Assembly that he addressed.'[10] 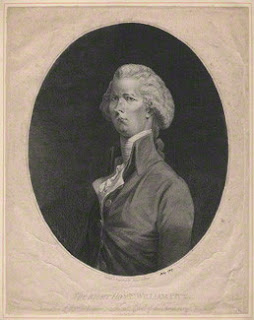 To those who had the good fortune to peer beneath the mask Pitt expressed himself in a remarkably unselfconscious and light-hearted style. The following is a typical extract from a letter Pitt wrote to his friend and later brother-in-law Edward Eliot in 1782 when Chancellor of the Exchequer:

'What do you imagine is the immediate Cause of my writing to You? It concerns to say the Truth neither the Treasury Board nor the Treasury Bench, but if I must tell you, another Treasury Rendezvous the Treasury Box at the Opera. I forget, whether you promised to be one of Lady Shelburne's Subscribers, and as the Session approaches, I find it very necessary to know, both to satisfy Lady Shelburne [wife of the prime minister], who wishes to know that you are, and Mrs Townshend [wife of the Home Secretary], who wishes, for her own sake, to know if you are not. You see the Harmony and Concert of Administration.'[11]

Pitt was a much more attractive personality than many portrayals imply (take, for example, historian Philip Ziegler's throwaway line 'so far as Pitt was capable of loving any human being...').[12]  Wilberforce called Pitt 'the wittiest man I ever knew'.[13] Admittedly this doesn't entirely square with Pitt's fondness for bad puns. When told that the Customs House excisemen had formed a volunteer corps against French invasion he replied 'I am very glad of that; they are all seizers [Caesars ... in case you hadn't got it] to a man!' [14] Ha ha.

He did have the ability to laugh at himself, and decorated his country house with Gillray 's political cartoons. He couldn't sing for toffee and, when he could find the time, he wrote terrible poetry. In the right company he was the life of the party. He sounds like he must have been fun to know, and worth the trouble of getting to know.

One of the best known things about Pitt is his addiction to Port wine. While this certainly rounds out his personality, I find the way some historians have treated the issue distasteful (it was one of the issues I felt William Hague dealt with most sensitively in his 2004 biography). 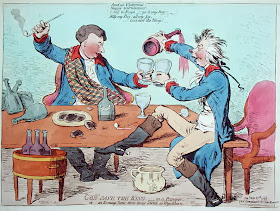 Pitt's drinking was a big problem. It worried his doctor, although not enough for Sir Walter Farquhar to do anything more than limit Pitt to 'two Glasses of Madeira wine ... and nearly a Pint of Port ... but not quite' at dinner.[15]  It worried Pitt's friends. 'In his way [to Bath], at Wilderness, he drank very nearly three Bottles of Port to his own Share at Dinner & Supper; so Lord Camden told me,' Pitt's friend George Rose reported in 1802 when Pitt was in bad health and supposed to be cutting down.[16] It seems to have worried everyone except Pitt himself.

Some of the stories are amusing-- Pitt throwing up behind the Speaker's Chair; giving the clerk a headache with his wine-laced breath; 'oscillating like his own [exchequer] bills' in walking to his carriage[17]-- but the truth is he was an alcoholic, and eventually it helped kill him. It's not funny.

That's all for now ... but please do keep an eye out for my second Pitt post on 12 December 2013, in which I will deal with three more reasons why Pitt is so fascinating. *Actually, hold onto that one: